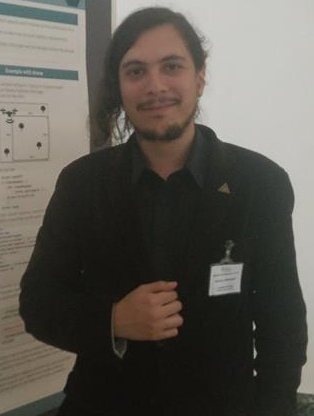 I got my PhD at the University of Chile Computer Science Department in 2020, in the topic of live programming for robotic behaviors. Currently, I am an assistant professor in the Software Engineering Section of the University of Southern Denmark since August 2021. Previously, I was a postdoctoral researcher in the Unmanned Aerial System Center (UAS Center) of the same university since March 2020. I am particularly interested in improving the way we build software for robots, drones and cyber-physical systems. This includes the way of how we test and validate these software and how developers interact with the software and the systems.

I work as an assistant professor in the University of Southern Denmark, in the Software Engineering Section. I am collaborating with the Unmanned Aerial System Center (UAS Center) of the same university in the context of the HealthDrone project. In this project I research the development of software architectures for UAS and the use of Domain Specific Languages to specify UAS missions.

For publications, you can find my online profiles on: Google Scholar, DBLP and ORCID.

For extra information, you can visit my LinkedIn page.

I have developed several robotic softwares:

I am a founding member of Cuac, a non-profit chilean corporation for robotic education founded in 2021. In particular, the corporation focuses on: (i) reaching the general population with down-to-earth robotic concepts; and (ii) teaching robotics to students or teachers who want to teach robotics to students, with a strong focus on gender and social equality on the students (i.e., the corporation actively looks on reducing the gender and social gap of its students).

In 2016 I co-found the first robotic community in the University of Chile. In this community we bring together all the students in the university that are interested in robotics.

As a result of the robotic community, we raised fundings and implemented a robotic course in the University of Chile inspired by the MIT class Duckietown. We adapted this course from graduate students to second-year engineer students of Chile. We appropriately called this course Duckietown Chile.

The main goal of Duckietown Chile is to introduce robotics to relative young students. We taught robotic concepts using self-driven vehicles as our main example. We incorporated the "business" metaphor of the MIT class, where students are not in a typical course, but they are applying to work in the Duckietown Chile business.

In this competition, participants design, build and program their own line follower robots. An example of this type of robots can be found here: video. We have the complete streaming of our competition in facebook (credits to the guys from timer-crono!).

All documents related to BRC are available in our own GitHub page for anyone who wants to reproduce this competition.

I have participated in several events, presenting not only my work, but also the work of my colleagues of the different groups I have been worked.